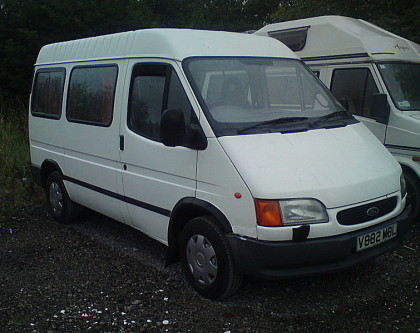 Transit V8. Owned by Dan of Roma caravans in Luton. V8 mid engine with Jag back axle. Dan wants to use this van as a show piece for his business. Total repaint in Jet Black. 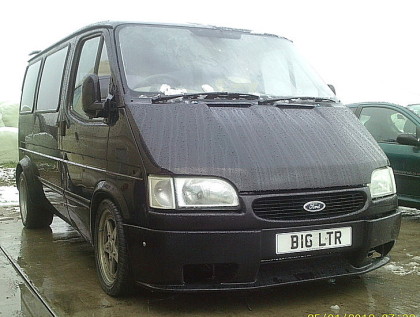 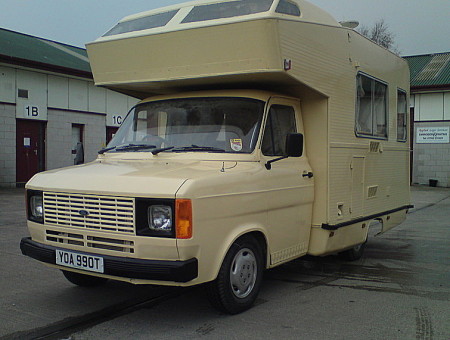 This is a Transit camper I restored. Bought from a chap in Bradford via Ebay. The prevous owner had done a few jobs himself, converted to diesel and fitted rear arches which he held on with pop rivets. Also I don't know what paint he had used but before I repainted, which was about 3 months after I bought it, the paint was still tacky in places. The first photo shows it as I bought it, looks quite good from a distance. After going around it with a small hammer I found a lot of bodge jobs. The sills were made out of very thin metal, I think it was an old metal oil 5 litre can. Underseal was doing the job of hiding a lot. In the end I completely cut off the bottom of the van. I replaced both front arches, both front lower arches, both steps, both sills, rear valents, I removed the pop riveted rear arches and welded them on correctly. I repaired the bottoms of the rear doors and I also replaced the rear lower quarters. I replaced the rear bumper with a later model one, one with the plastic quarter bumpers. I removed all the paint Mr Bodge-it had used and repainted cream which I think looks better than white. Fitted a TV/dvd/freeview, new wheel trims, new reg plates and laminated the floor as the carpet was thread bare. I did buy a smilely grill, headlights and bonnet but I decided to keep it as it was. I also fitted some leaf spring assisters as the back end was saging a bit. The speed of the camper wasn't much to talk about, 60mph top end but the ride was nice. 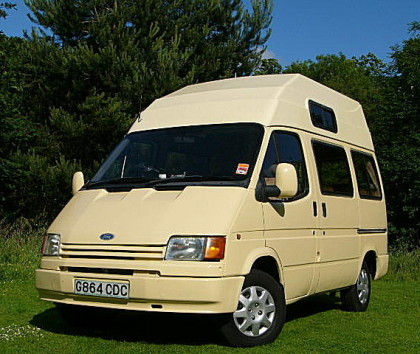